The mandrill Monkey is a medium to a large-sized primate, native to a small pocket of tropical jungle in west-central Africa. The mandrill is best known for its colorful red and blue nose and multicolored rear. you may also see it at the movie of ” the lion king ”
The mandrill is not related to the great apes but is thought to be closely related to the baboon, another medium-sized primate found in eastern and southern parts of Africa. The mandrill monkey was even thought to be a subspecies of baboon but it is not believed to be so now.

The mandrill is a primate that is related to the baboon. Despite its coat which can be gray, olive green, or black, except on the ventral part where it is white, it is probably the most colorful monkey. It has a hairless face with a long muzzle provided with long and powerful canines. Red stripe colors in the middle, along with the entire length and crest-like growths of blue color, appear on the lips. A yellow or beige beard adorns his throat and cheeks. The nostrils and the lips are red. The panties and buttocks are also very colorful in blue, pink, red, and purple, and the ischial calluses are pink as well. These colors are more pronounced in adult males. The mandrill’s tail is short and does not exceed ten cm. The drill, belonging to the genus Mandrillus and of which there are two subspecies, is slightly smaller and does not have the colored face of its cousin.

The mandrill is a forest species found mainly in the tropical forests of Cameroon in the Rio Muni area and Gabon, but also in Equatorial Guinea, the Democratic Republic of the Congo, and Nigeria. It sometimes makes forays into the savannah and into the plantations that it can ravage. The Sanaga River in the north, the Ogooué and Ivindo rivers in the east separate the species into two distinct populations that appear genetically different.

The mandrill is a social and nomadic primate. It lives in family hordes of varying sizes, usually 15 to 95 individuals, made up of one or more males, females, and young. In large groups made up of several males, the hierarchy is very organized.

The monkey walks on the fingers of all four limbs without placing the palms of the hands or the soles of the feet on the ground. It spends most of its time on the ground but knows how to climb trees in which it searches for food and to sleep there. In the branches, it progresses by lateral jumps. Its activities are mainly daytime. It has few predators, including the crowned eagle and the python, but among them, we find the leopard, which mainly preys on the juveniles. The fawn would not risk attacking an adult male whose canines are as impressive as his.

Vocalizations vary by gender. Females and juveniles give screeching calls, while males utter loud growls. Other sounds are like gnashing teeth that are emitted in intense situations, soft and rapid growls in alarms, and many more. The delousing contributes to the reinforcement of the social bond and to relieve stress. The mandrill also has sternal glands that are used for olfactory communication and territory marking. Visual communication is also important because it is useful during exaggerated yawning, to present the canines to an intruder or a predator. Many other postures and facial expressions punctuate the social behavior of the primate.

Reproduction of The Mandrill Monkey

The male reaches sexual maturity between 4 and 5 years, and between 3 and 4 years for the female. But the male does not begin to reproduce until around ten years old. The breeding season lasts from June to October during the dry season and only takes place every two years. The female gives birth to a single young after a gestation period of 175 days on average. The juvenile is weaned after a year during which it hardly leaves its mother, to whom it clings when traveling.

baby mandrill monkey it takes a couple of months with his mother till it will be an adult monkey.

Mandrill monkey of omnivorous animals, which eat almost anything. The diet of mandrill monkey is based on fruits, berries, seeds, nuts, roots, leaves, insects and even small mammals and reptiles. Most mandrill monkey food can be found at ground level or just above.
The mandrill monkey consumes more than a hundred different types of foods but prefers to eat fruit, leaves, bark, stems, and fiber. It also consumes ants, beetles, termites, cockroaches, spiders, snails, and scorpions. He also eats eggs, and even vertebrates such as birds, turtles, frogs, porcupines, rats, and shrews. A study found that mandrill monkey‘s diet consisted of fruits (50.7%), seeds (26.0%), leaves (8.2%), marrow (6.8%), flowers (2.7%), animal foods (4.1%), plus other food That make up the remainder (1.4%)

Due to the size of a large mandrill monkey, it is vulnerable to the predation of a few predators in its natural environment as the tigers or lions or even Hyenas. The tiger is considered to be the predator of this monkey, along with giant snakes that hunt small monkeys. The human also hunts for mandrill monkeys in order to obtain monkey meat. Today a mandrill monkey has become an endangered animal, as it has seen a significant decline in their number due to overfishing and habitat loss.

The baboon is an easily recognizable monkey characterized by tufts of hair on either side of the face and hairless bottoms that are often red. Baboon is considered one.
. The monkeys of the ancient world and the tail of the baboon differs from the rest of the monkeys in that it does not use it like the hand like other monkeys. In contrast, the mandrill monkey is considered one of the huge monkeys which are no less ferocious than the baboons, as it contains a body that contains many colors such as green, dark gray, and olive with yellow and black bands and abdomen White.
Both baboons and mandril monkeys are aggressive and may attack any animal or person that approaches them or threatens their areas.

mandrill baboon teeth are so big and both have the same size of these fangs.

Some national parks or reserves where you can observe mandrills

Below, some national parks or reserves where you can observe mandrills. 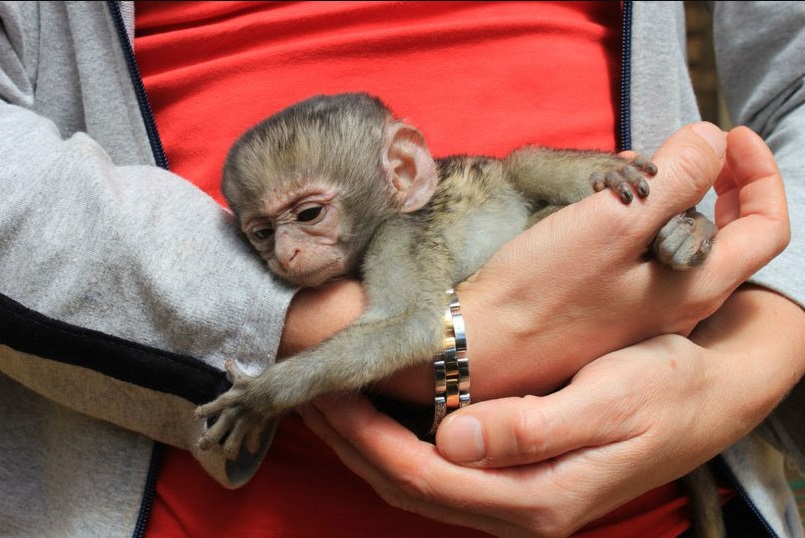