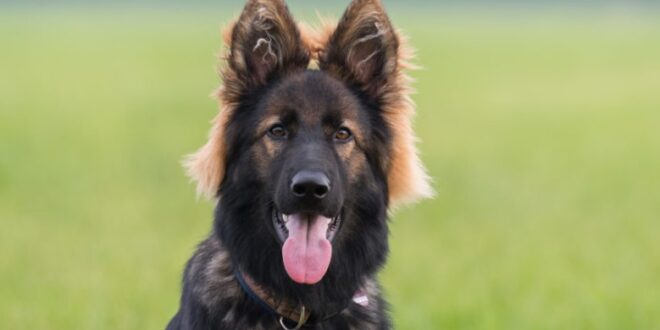 Strictly speaking, the “Old German Shepherd Dog breed” does not exist – at least not as an independent breed recognized by the FCI. In general, the term refers to long haired german shepherd dog. Regardless of these circumstances, the pretty German Shepherd variant with the bushy hair and the loyal, friendly nature is extremely popular and in great demand as a family and companion dog. it’s one of the Most Loyal Dogs in the world.

Why is the Old German Shepherd breed distinguished from the German Shepherd when it is actually only the long-haired variant of the German Shepherd? In order to understand this question, it is worth taking a look at the origins of the German Shepherd, whose ancestors already lived in Germany in the 7th century. The main task of these reliable and resilient dogs, which were long-haired, was originally to look after flocks of sheep. Due to their self-confident and alert nature, the intelligent old german shepherd makes to themselves a name as the best guard to the sheep and flocks and best friend to the families.

History of The German Shepherd breed

The versatility of the old fashioned german shepherd and their excellent suitability as a service dog also inspired the Prussian riding master Max von Stephanitz, who is now considered the founder of the GSD. In 1871 Stephanitz started breeding working dogs. His primary goal was to breed an indispensable service dog for the military, which should be characterized by courage, loyalty, obedience, perseverance, and robustness. The “Verein für Deutsche Schäferhunde eV” (SV), which was founded in 1899 and is still responsible for the breed standard of the German Shepherd Dog, initially accepted all colors and hair variants, from rough-haired to straight and long-haired to long-haired Type.

Read about : The Blue Bulldog The Rarest french breed

No breeding license for long haired

After the white and shaggy shepherd dogs, the long haired german shepherd dog was also excluded from further breeding in 1930. Von Stephanitz saw the fitness for use and weather resistance of his breed endangered by the long fur and henceforth went for the short-haired, “like wolf” shepherd type. Long-haired puppies always appeared in the litter of all known and leading lines if a parent animal had the gene responsible for it, but according to the SV, they should not be used as breeding animals. The decision to classify the long stick hair as a “breeding exclusion error” met with great criticism from many lovers and breeders. so They organized their own clubs,

Visually, the old fashioned german shepherd dog is very similar to the classic GSD Dog. He shares with him the typically upright standing ears, the elongated, narrow snout, the attentive and watchful look, and the bushy, hanging tail. The different color shades of black-brown, black or gray (wolf) are also identical, as are the medium to a large height at the withers between 60 to 65 cm for males and 55 to 60 cm for females. Obviously, the old fashioned german shepherd dog only differs from the normal German Shepherd by its much longer hair.
The soft and not tight-fitting hair on the legs, ears, and tail is particularly bushy, where it forms long Signs. Also characteristic is the thick hair on the neck, the so-called “mane”.

Due to the long topcoat and the dense, very soft undercoat, the Old German Shepherd Dog generally looks a bit stronger than its close relative, the German Shepherd. The actual weight is comparable to 28 to 32 kg for females and 33 to 40 kg for males.

Faithful, nervous, and alert: The nature of the Old German Shepherd Dog largely corresponds to that of the German Shepherd dog. Its reliability, safe instincts and high resilience make it just as suitable for use as a guard, guard and service dog as its famous brother. At the same time, he has a friendly and balanced character, which makes him extremely popular as a companion and family dog.

The old german sheepdog shows its best side to children in particular. His good-natured manner and his alert nature make him a loving playmate and reliable protector. Compared to the German Shepherd Dog, the Old German Shepherd Dogs are generally considered to be somewhat calmer with an even higher stimulus threshold.

Nevertheless, shepherds have pronounced instinctive behavior. Even if they are only slightly irritable and only intervene if the situation actually requires it, small children should not be left alone with them unsupervised – which incidentally applies to almost all larger dogs. In order for its good-natured, balanced character and its reliable and attentive nature to develop fully, the Old German Shepherd Dog needs early socialization, consistent training as well as sufficient exercise and employment. If you are interested in the Old German Shepherd Dog as a family dog, you should bring along experience and know-how in the field of dog training, as well as a lot of fun in the movement, because the dogs are enthusiastic athletes. Joint hikes, bike tours and regular participation in dog sports are ideal for the four-legged athlete and his family.

To answer this question, let’s take a brief look back into the past of the German Shepherd:

At that time shepherds were created by the Association for German Shepherd Dogs (SV). Here were my own ideas of how a German Shepherd should look. Of course, there were also long hair and long stick hair puppies in addition to the stick hair variants. In 1991 the SV decided that the long-haired type should no longer be allowed to breed.

In addition to the long fur and slightly different body type, the old style german shepherd also differs in essence from its stick-haired relatives. Old Germans dog is generally calmer and not as spirited as the SV dogs. Nevertheless, they like to work and willingly, but outside the dog place they are frugal and patient companion and family dogs.

As with the stick-haired German Shepherd, two lines have developed in the breeding of the old fashioned german shepherd dog: the show line (Hochzucht) and the performance line. They differ not only in terms of their appearance but also in terms of their nature. Dogs from the high or beauty breed (show line) usually have a comparatively massive body with a sloping back (“hatchback”). They are also considered to be calm, balanced, and easy to handle – if you are looking for an adaptable family dog, you are best advised with a dog from this line. If you plan to use your dogs as service and protective dogs, you should rather look at a puppy draw from performance breeding. The dogs, which are usually somewhat lighter, have a pronounced guard, protection, and herding behavior, are very resilient, extremely self-confident, and willing to work. They only belong in the hands of experienced dog handlers who socialize them with a lot of expertise and experience and train them according to their location, for example with the police, customs, or military.

The impressive appearance, coupled with the awe-inspiring reputation of the German Shepherd, makes the friendly and docile Old German Shepherd dog breed extremely popular with many dog ​​lovers. Anyone who is interested in such a companion and family dog ​​should be aware, however, that Old German Shepherd Dogs breed are utility dogs from their origin. Even if you buy a puppy from a so-called beauty breed, it will still bring a lot of activity and willingness to learn. A “real” Old German Shepherd breed will not be satisfied with short walks around the block. Only when you are aware of this and can ensure that you and your family meet the keeping requirements should you start looking for a suitable breeder.

Which breedr is right for me?

Since most breeders specialize in either performance or beauty breeding and accordingly promote different characteristics in your breeding animals, you should first be clear about the purpose for which you want to buy the German Shepherd dog. In advance, inquire exactly whether the breeder is breeding or pure breeding and choose the breeding place that best suits your ideas and requirements. Anyone who attaches great importance to FCI certified attestations should also be aware that the Old German Shepherd Dog is not recognized by the FCI as a separate breed. In this case, you should look for breeders who are affiliated with the SV or FCI and sell their dogs as “long haired german shepherd dog“.

If you are looking for an old German Shepherd dog breed, you will usually come across breeders who breed independently of the breed association for German Shepherd and the FCI. Pay close attention to the seriousness of the breeder. A pedigree certifying the puppy to be descended from healthy long-haired or Altdeutsche Schäferhund parents and a certificate of recommended health tests and vaccinations should be provided.

If you are interested in a old style german shepherd, be sure to check out all of the recommended tests from the breeder carried out and “passed”. The prerequisite for this is that you buy your puppy from a reputable breeder who invests a lot of time and money in the health of his dogs and willingly gives you information. It goes without saying that an all-round healthy and controlled puppy is not available at a bargain price. A purebred German Shepherd Dog is still quite low compared to other dog breeds with a German Shepherd puppy price of around $1200 (german shepherd 8 weeks).

How to recognize a reputable breeder

In addition to the “formalities” mentioned above, the personal relationship with the breeder should also be close. A good breeder should not only be a seller, but also an expert and contact knowledgeable person in all questions regarding husbandry, upbringing, nutrition, and care. To ensure that you have found the right breeder, you should pay attention to the following points:

How do I feed my German Shepherd healthy?

Old German shepherds dog breed, like German shepherds, tend to have joint problems. These are usually hereditary and are also exacerbated by excessive stress and poor nutrition in the growth phase. Avoid eating too high in energy and fat in the first few months. As a rule, your breeder will give you an exact feeding recommendation that you should stick to. We recommend a special puppy food that is optimally tailored to the needs of your young old german sheepdog. You should also keep these needs in mind when feeding your adult dog. Healthy food, therefore, takes into account the size, weight, age, state of health, and level of activity of the respective dog.

Regardless of whether you prepare your pet’s food yourself (for example “BARFen” ) or use conventional dry or wet food, you should make sure that the feed contains as much as possible of high-quality meat (approx. 70 percent) and supplemented with vegetables, fruit, rice or pasta and enriched with valuable fats. A high proportion of grain, however, should be avoided due to the increased risk of allergies.

Previous Are There Still Wild Horses
Next Can Cats Eat Vegetables? 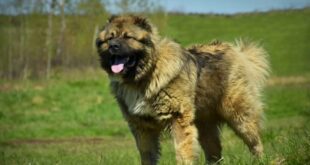 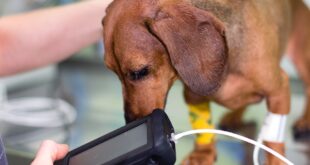 Many people ask and wondered how many breaths the dogs have per Minute? Dog Breath …