The largest cat in the world is the tiger. Tigers have an orange coat with characteristic black vertical stripes that help camouflage when hunting for prey; there are black and white tigers with gold stripes, as well as white ones (albinos). The stripes on the body of tigers are as individual as human fingerprints.

Tigers live in South Asia, China and the Far East. The habitat includes a variety of locations ranging from dry pastures to rainforests. Tigers are skilled swimmers who swim across lakes and rivers with a width of 6-8 km.

Tigers weigh from 65 to 325 kg, the largest of them – Siberian, also called Amur, – weigh about 300 kg. The Bengal tiger accounts for about half of the tiger population.

In the early 1900s, there were nine species of Tigers spread in forests and pastures in Asia, from Turkey to the east coast of Russia, but now there are only six species, and three species of extinct tigers, despite the Tigers’ distinctive status as one of the most Fame and fearsome on earth, but tigers are prone to acts of the human race, and this has led to an increase the number species of extinct Tigers.

How Many Types of Tigers?

Ther is Nine subspecies of the tiger are recognized: Bengal, Siberian (Amur), Indo-Chinese, South Chinese, Sumantran, Malay, Caspian, Javan and Balinese (Bali tiger), the South China tiger became extinct in the wild, the rest of the subspecies are classified as endangered by the International Union for Conservation of Nature, as their numbers are decreasing due to habitat loss and poaching. Since the beginning of the 20th century, the number of tigers has declined from 100,000 to 3,200.

How Many Types of Tigers are Extinct?

For now, there are 3 types of Extinct Tigers the Caspian Tiger and Javan Tiger and Balinese (Bali tiger). we will see other 6 subspecies of the tiger extinct by the time, and all of these types of tigers are Endangered subspecies that need protection.

The Reason of Extinction Some Tigers Species

The main reason for the extinction of these species of tigers is the constant hunting and killing of these species either because of their skins that bring high prices on the black market or approaching population areas, and there are three 9 species of the newly extinct tigers, due to the radical change of more than 90 % of the group of habitats that live Tigers, through logging, agriculture and commercial development, have led to fewer places to live, and unfortunately, the remaining six species are threatened with extinction. In this article, we will talk about four extinct tiger species.

as we said before there is only 3 types of Extinct Tigers.

As you might have guessed from the name of the animal, the Balinese tiger was native to the Indonesian island of Bali, where the last individuals became extinct only about 50 years ago. For thousands of years, the Balinese tigers have been at war with the indigenous peoples of Indonesia. However, the proximity to local tribes did not pose a serious threat to these tigers until the arrival of the first European traders and mercenaries, who ruthlessly hunted Balinese tigers for sporting interests, or just for fun and sometimes to protect their animals and homesteads.

the Bail tiger was the smallest species of extinct tigers, the weighs from 140 to 220 The Bali tiger was a good hunter. its main food sources were wild boars, deer, monkeys, birds, and lizards, but deforestation and increased agricultural operations pushed the tiger to the northern regions. Western Mountain Of the island.

At the beginning of the 20th century, it was easy to hunt the Bali Tiger by Balinese and Europeans for the protection of cattle, and the last documented tiger, an adult female, was killed at Sumbar Kemya in West Bali on 27 September 1937, leading to the extinction of this breed. However, rumours of tigers of this breed have survived, but no tigers have been seen, and the International Union for Conservation of Nature (IUCN) has officially declared that the Bali Tiger became extinct in 2003 and to be in the list of Extinct Tigers.

The Caspian Tiger (Turanian, Persian) is the biggest cats and tigers, The mass of the average Caspian tiger was 240 kg. its one of the most known Extinct Tigers, this tiger lived in Central Asia in forests along river valleys and was separated from other subspecies of the tiger.

In the 1920s. the population of the Caspian Tigers began to decline due to active hunting for them, reduction of habitats, and a decrease in the amount of available food.

The historical range of this subspecies covered Iran, Afghanistan, Pakistan, Iraq, Uzbekistan, Turkmenistan and Turkey. The Caspian tiger was a large subspecies, reaching the weight and size parameters of the Bengal tiger: the heaviest male recorded weighed 240 kg. The background colour of the hide was approximately the same as that of the Indian subspecies, but the stripes were noticeable narrower and denser, rather dark grey or brown than black. The fur of the Caspian tiger was long (relative to other subspecies), especially in winter. The Caspian tiger, along with the Bengal Tiger, was one of two subspecies used by the Romans in gladiatorial battles against gladiators and other animals such as the Barbary lions.

In January 2009, an article on the Caspian tiger extinct was published in PLoS ONE by a group of scientists from Britain and the United States. It said that the decoding of the genome disappeared in the 1970s. The Caspian tiger has shown that it belongs to practically the same species as the Amur tiger – this opens up an opportunity for the restoration of the population of this animal.

The Javan tiger is a subspecies of extinct tigers that lives on the Indonesian island of Java. It is believed that these tigers became extinct back in the 80s of the 20 century. The destruction of Javanese tigers is associated with the destruction of their natural habitat and active hunting for these animals.

For the first time, they began to talk about the risk of extinction of the population in the 50s, when the number of Javanese tigers was 25 individuals. The last live Javanese tiger was seen in 1979, and today there is no documentary evidence of the existence of the Javana Tiger.

The Javanese tiger is the smallest among his subspecies of extinct tigers: the body length of males reaches 245 centimetres. Males weigh 100-141 kg, while females weigh 75-115 kilograms.

Extinction of the Javan tigers

It is assumed that this subspecies was completely destroyed in the 1980s. The last tiger in nature was recorded in 1979. Already in the 50s, no more than 25 individuals remained on the island. Half of these tigers lived in the Ujong Kulon Wіldlіfe Reserve. In the 60s, these tigers were observed only on the territory of the reserve and the Baluran National Park.

The Marsupial or Tasmanian tiger is an extinct subspecies of tigers, as well as the largest marsupial predator, is known before its extinction. The Tasmanian tiger became extinct in Australia and New Guinea even before the British colonization of Australia, but its last stronghold was in Tasmania, where it was described by the British. His description was first published in the writings of the Linnean Society of London in 1808 by the amateur naturalist Harris.

it has features of anatomy typical of the wolf and tiger, for example, dark transverse stripes radiating from the upper part of its back, despite the fact that these species are not related by descent from a common ancestor. but They classified it as a subspecies of tigers.

Considering the Tasmanian tiger a threat to sheep – the main resource of the colony’s economy, the Tasmanian tiger was brutally hunted. As early as 1830, a reward system was set up for each thylacine, when farm owners raised money to pay for the hide.
In 1888, the Tasmanian government also introduced a reward of £ 1 for an adult and 10 shillings for a juvenile killed. The program lasted until 1909 and resulted in over 2,180 awards. It is estimated that at least 3,500 Tasmanian tigers were killed by human hunting between 1830 and 1920. By 1914, the Tasmanian tiger was considered rare.
The last of the captive Tasmanian tiger died at a private zoo in Hobart in 1936. Its complete disappearance from the wild occurred probably two years later.

“One conclusion from the study is that if more tigers belong to this subspecies, the threat to individual tiger subspecies will decrease,” said Volker Homes, director of wildlife conservation at WWF. According to him, however, this should not lead to states shirking responsibility to neighbors because genetically similar tigers live there.

In some countries, tiger protection is very good today, like in Nepal, India and Russia. “The number of tigers is growing there,” says Homes. Indonesia and Malaysia, however, did not even count their big cats. “If you don’t know how many tigers you have, you also don’t know how quickly the population is declining.”

In Cambodia, Laos and Vietnam, the animals have already largely died out. Thailand and Burma, on the other hand, have the potential to increase stocks quickly.

In 2010, Tiger countries committed to increasing the number of animals from around 3,200 to a good 6,000 by 2022. It is still unclear whether the new division into three protection groups will be implemented in order to achieve this ambitious goal.

In summary: Researchers report that instead of nine tiger species there are actually only two. This could be crucial for the conservation of the species because some populations are already very small. The new division will allow them to be crossed with other subspecies in the future, thus preserving genetic diversity. It is still unclear whether this will be implemented.

After a century of decline, overall wild tiger numbers are starting to tick upward. Based on the best available information, tiger populations are stable or increasing in India, Nepal, Bhutan, Russia and China. An estimated 3,900 tigers remain in the wild, but much more work is needed to protect this species if we are to secure its future in the wild. In some areas, including much of Southeast Asia, tigers are still in crisis and declining in number. 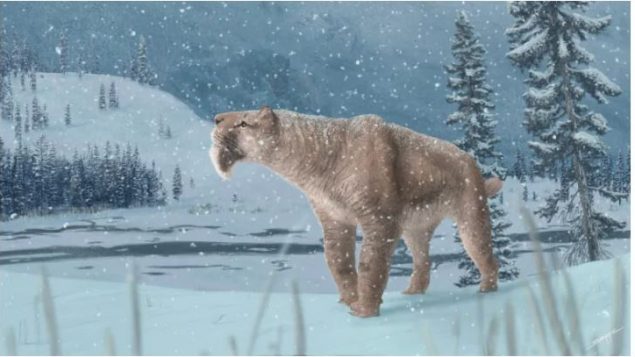 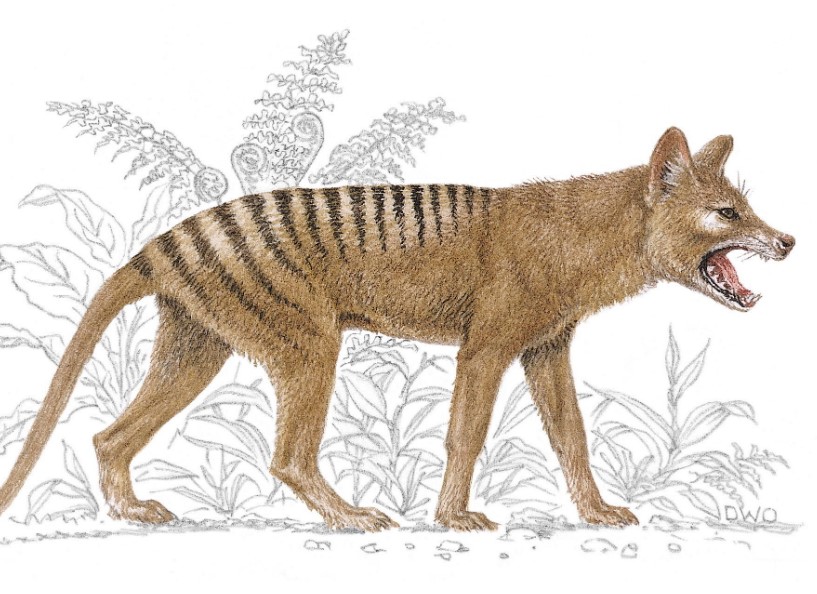 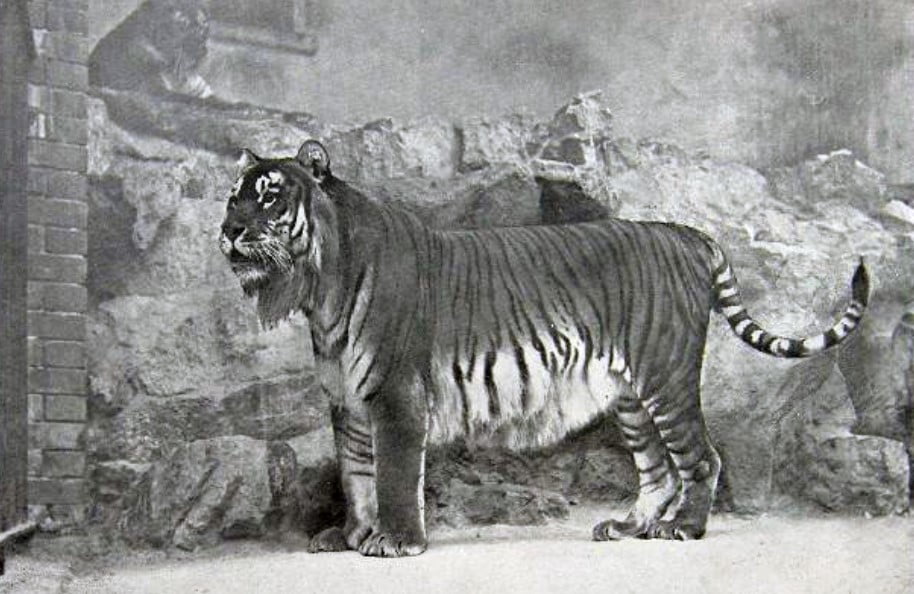