The Bolognese breed is very friendly to children, and it is a kind of small dog that dog breeders love because it is very fun and loves to play, and it is very curious and intelligent.This dog has a good sense of humor and is a good companion at home for walking, playing, jogging or even having fun with your kids at home. This dog has a beautiful white color, and grew up in Italy in the city of Bologna and therefore called its name. 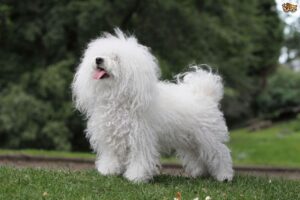 These dogs are very popular among ornamental dogs, because they are very small dogs where the height of the bar does not exceed about 30 centimeters.

But despite its small size, it is one of the dogs he loves to raise many in the world and the Arab world and Egypt in particular.

Bikinis or Peknawa dogs love life with families but they are very independent and like to have some privacy so you may notice that sometimes it seems to have some stubbornness.

It is also jealous dogs on the owners he loves attention and does not accept that you care about others, so you may find it difficult to raise with other animals at home as pet.

But it is very easy to train dogs and obey the Omer and if you train well you will get a wonderful family dog ​​to explore with him wonderful times. The Griffon breed is one of the most famous breeds that are bred in the Arab world and Egypt and bought under another name, the “Lulu Dogs”. Because of their fame and color diversity, they are the most popular small dogs in breeding at home and have appeared in many films.

Grifon breeds originated in Belgium and were used to hunt rats from horse stables because of their hunting skill and over time their use evolved due to their qualities and became one of the famous small domestic dogs.

They are very curious and very active dogs, so they are a perfect companion for families who love active dogs that add a fun atmosphere to the house.

These dogs are very jealous, over-active and difficult to train, so you’ll need some time with them to train and enjoy their beautiful qualities. It is one of the smallest dog breeds in the world that is famous in Mexico and from around the world.

The Chihuahua breed has a slim body and very high energy despite its small size, it always moves around its owners and demands their constant attention.

Despite their small size, the Chihuahua breed lives long periods of up to 15 years if its owners are concerned about their proper nutrition and health needs.

This strain is also characterized by its loud and loud voice, which many love because of its strangeness and distinction. This breed of small-sized dogs originated in Germany, the main purpose of which was the hunt for rodents and rabbit hunting, and evolved with the time of domestic breeding for their various qualities.

However, he is a very friendly and loyal dog who loves family atmosphere and can live happily at home without problems. 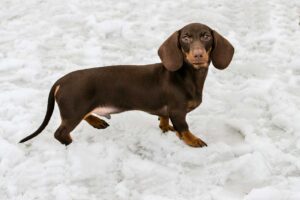 These are one of the favorite small dogs to breed at home for many because of the wonderful qualities that combine domestic dogs or ornamental dogs and hunting dogs and hunting.

The Spanish Dog Coker breed has a great specification, it is characterized by a beautiful and beautiful with its long fur and dangling ears and a distinctive head shape, as well as the strong loyalty of its owners and its ability to play and hunting and hunting.

This breed originated in England, and spread to all parts of the world where it is characterized as being the most best dogs in breeding in the United States of America, as it is widely spread in the Arab and Egyptian circles.

This dog is very friendly to the whole family, especially children, so it is ideal for families with children, as it is friendly towards strangers and other animals.

Spanish coker dogs are also very intelligent so they are easy to train and do not need much effort in it. This is one of the breeds that originated in Germany, which is considered a type of small domestic dogs and many people like to breed.

It has a beautiful and distinctive shape and fur that adds to its distinctiveness in addition to its small size.

They are also very intelligent, daring and jealous so they are dogs that need effort in training and taming these qualities to benefit from them.

They also have the audacity and curiosity to attack, so they may attack large dogs in order to impose control and this reflects his great capabilities that should not be overlooked. If you look at the face of a beige dog, you will notice that it is full of expressions, when he is happy you will know it immediately from his smile and his loving eyes, and if he is sad it will appear on his face and time will not be able to resist and will do what he wants.

This strain originated in China and spread all over the world and among all breeders because of the characteristics of its favorable and wonderful .This breed is very friendly to everyone, be it children, adults, other animals or even strangers, the pug dog will not hesitate to get close to anyone and woo him and play with him immediately.

This dog is also characterized by not barking frequently so it is not annoying for lovers of calm and quiet dogs. One of the very small breeds and types of dogs that have great self-confidence and a strong and stubborn personality, but at the same time enjoys a grainy and wonderful makes it one of the most beautiful small dogs that can be reared at home.This dog loves to feel the interest of the owner and loves to pamper greatly,  But at the same time he does not like to feel competition , and is very jealous of anything or anyone take away the attention of the owner,  This dog is also a bit violent compared to other small dogs raised at home. But it is still one of the best small dogs that can be bred. 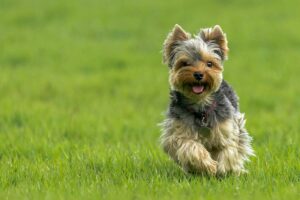 that is the most famous Dogs Breeds  that people like 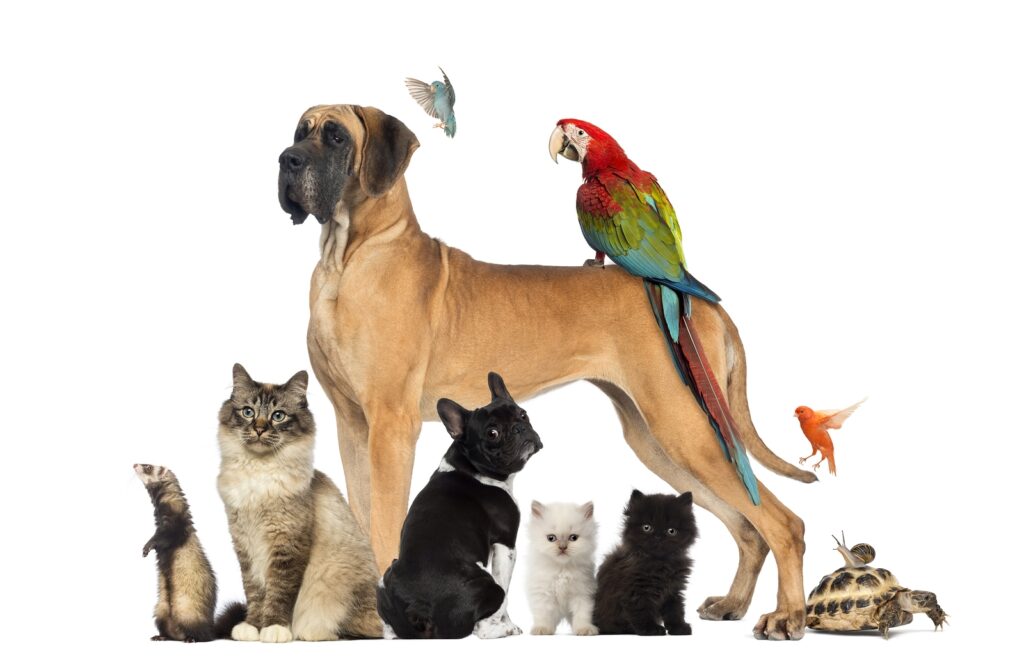 9 thoughts on “9 Of The Most Popular Dogs Breeds”