The straight Egyptian horses are one of the most important and strongest horse breeds in the world and the most expensive, Egyptian horses are one of the most beautiful horses that exist at all. The shape of his body is a wonderful beauty and symmetry, as its height ranges from 150 to 160 cm, and its color is either gray, or bald, or brown, or brownish, or blond, or adham. Al-Hamdani and Al-Hadban. ”The Muslim conquest of Egypt in the year 20 AH contributed to the entry of the Nudist horse race into North Africa.

Egyptian horses are an important source of breeding sources for the best, purest, and most beautiful horse breeds in the whole world, as well as the fastest. It combines the beauty of the body, the proportion of the members, the agility of movement, the speed of the enemy, on the one hand, the unity of intelligence, the high ability to adapt, the smoothness of leadership, and the height of the force, on the other hand.

The Egyptian Arabian horse is one of the oldest breeds of light horses in the world, and the Egyptians are attributed to the severity of their care for horses. One of the manifestations of this is that he gave them names so as not to taint their originality and keep their blood pure.

Interest in horses began in Egypt since ancient times. The ancient Egyptian knew horses since the Stone Age, and rock drawings recorded images of horses.
At the beginning of the nineteenth century, Muhammad Ali Pasha imported a number of the purest Arab strains from the Arabian Peninsula.
Most Egyptian horse breeders were from the royal family, such as Khedive Abbas Hilmi II, Prince Ahmed Kamal, Prince Muhammad Ali Tawfiq, Prince Kamal al-Din Hussein, and others.
In 1908, the Animal Breeding Department of the Royal Agricultural Society was commissioned to start breeding purebred Arabian horses. And that is in Bahtim farm, and in 1928 the association bought about 60 acres in Kafr Farouk in Ain Shams desert, east of Cairo, in order to create conditions similar to the natural environment for Arabian horses.
The horses moved to the new farm, now known as Zahra Station, which is about 15 minutes away from Cairo International Airport. The “Zahra Horse Breeding Station” is the official channel that undertook the preservation of the purity of Arabian horses. The farm contains about 350 heads representing the most famous breeds of Arabian horses.

There are about 230 Arabian horse breeding farms in Egypt. The Egyptian Agricultural Authority issues pedigree certificates of up to six generations for all horses exported to other countries and the freeze marking of all the horses owned by it and the horses belonging to it.
There is also a particular office to prepare the necessary official documents for export operations.
An annual championship will be held in November for which a number of horse breeders from different countries of the world are invited. It contains a set of tournaments and performances and is judged by an international jury.

And there is an economic benefit by holding international festivals and competitions that are held in Egypt, where foreigners and Arabs are interested in attending these competitions, all of which lead to the stimulation of tourism and the movement of selling horses.

What draws attention in the straight Egyptian Arabians horse is its head, and on it the knowledge of its originality and interest depends on the extent of its originality and interest, and the best heads of Arab horses are in the shape of a pyramid with its base up. It’s top-down and the eyes of the Egyptian horse clear and its neck consistent with its body, and the Egyptian horse has strong muscles. Its small hooves polished with solid walls A shank separates between the thigh and the leg, which is above the back of the foot, and upon it, the beauty of the horse stops, and the leg of the Egyptian horse is short and descends to the ground without deviation.

1- A broad forehead compared to the size of the head and its prominence and the protrusion of the eyes (for a better viewing angle).
2- The enlargement of the eye’s size, the intensity of its blackness and clarity, and the enlargement of the pupil so that the pupil fills the eye socket and does not see the surrounding white relatively
3- Dryness of the tears (the cheeks under the eyes from the front) and their relatively empty hair and the eyebrows (to protect the eye from the formation of fungi due to moisture).
4- Big cheek size (roundness) and less flesh, which helps the horse chew better.
5 – Precision and straightness of the nose (or snout).
6 – Dilation of the nostrils and the sheet of skin in them (for better breathing).
7 – The tenderness of the leg (it is like the lip for a person), which makes it easier for the horse to pick up the feed.
8 – The tenderness of the ears and the unity of their ends – as if they were the heads of a spear – the intensity of their movements in all directions – and this indicates the intensity of the horse’s hearing.

1 – Moderation of the level of the neck with the chest, as this greatly affects the movement of the horse, and it is permanently attached to the shoulders.
2 – That its length is appropriate to the size of the horse, as the increase in height affects the balance of the horse during the run.
3 – The flexibility of the neck movement and its gentle curvature and not exaggerated, such as the Andalusian horse (local Spanish).
4 – Lack of lipids with symmetrical protrusion of the trachea and muscular formation of the neck.

It is the point of contact between the neck and the front of the back at the top and is characteristic of straight Egyptian horses
1 – Its hardness.
2 – its prominence.
3 – its length.
This has an effect on the horse’s movement, especially when a fast sprint is connected to the top of the shoulders. As for short, it may lead to the horse’s stumbling.

It is called the horse’s wings, and it is the joint that connects the plate bone from the top and the upper arm from the bottom, and upon it, the movement of the horse’s front legs is adopted.
1 – It should be somewhat protruding forward.
2- It forms a right angle (approximately 90 degrees) between the humerus and the plate bone.
3 – It is completely tilted backward at an angle (about 45 degrees).
4 – That the bone of the board is long, indicating the horse’s speed and agility.
5 – If the upper arm is long, the faster the horse does not have long arms.

It is also called horseback, it is a series of vertebrae that starts from the last ride of the horse to the loin, and on it the saddle is placed.
1- It must be very short in comparison with the length of the kafel or kitten
2- It has a wide, not protruding bone so as not to lead to ulcers from having the saddle placed on it.
3 – Tends to be upright.

Simple: made of one color like:
White, blond, Adham: black-haired
Composite: made of more than one color, such as:
Gray color: white + black.

One of the horse’s beautiful qualities is “the presence of a partridge having white over the hoof, as well as the white fringe at the front, and the straightness of the back are all factors that lead to the high price of the Egyptian horse.”

1 – Intelligence and love of learning.
2 – Loyalty and loyalty to its owner and sacrifice for his sake.
3- Gaiting, which increases beauty.

If you are a fan of Egyptian horses, you should know that their price does not reflect their beauty and elegance among all horse breeds. There are several horse farms in Egypt that work on breeding straight Egyptian horses With this; we can say that the price of an Egyptian horse may range from 8000 $ to 300.000 $, and this depends on the silence of the farm and the type of the horse and the color, as well as the training and dressage that the horse received

Nutrition is considered one of the basic factors in raising and caring for horses, so he must have feeds that provide him with vitamins, proteins, carbohydrates, and various mineral elements, and the needs of horses for feed differ according to their species.

A- Alfalfa: It is considered one of the best types of fodder for the horse, and it is preferable to serve it dry.
B-Carrots and beetroots: They are healthy, beneficial, easy-to-digest, and delicious-tasting fodder that horses like and greedily accept.
C- Green hashish: when available, it is the main fodder for feeding horses.
D – Barley: This gives horses high energy and is usually used soaked in boiling water to get the most benefit.
E – Soybeans: one of the most varied grains and a source of protein.
F – Flax seeds: It has a beneficial effect on the gastrointestinal tract, as it gives the horse’s skin shine and luster.
G- Hay: it is one of the fodder materials that fill the belly, like beans, barley, and wheat straw, which is called locally (for Shuar)

The standing of the Egyptian Horse

There is no type of fast horse in all parts of the world except that it owes speed to the Arabian horse, which is one of the inherent qualities that he inherited from his ancestor’s generation after generation. As he is distinguished by the high speed in the enemy and the strength of endurance and patience, it is also distinguished by the beauty of the look and the harmony of the members, to whom he returns Thanks to the beauty of all kinds of horses. The most significant proof of this is the English horse of wide world fame, whose breeding brought Britain millions of pounds since ancient times. It dates back to three Arab horses and African mares imported in the seventeenth century AD, so they were credited with giving it elegance and splendor.

There are many Egyptian farms working to raise purebred Egyptian horses. in these farms, u can find Egyptian Arabian horses for sale.

We will mention the most famous of these farms 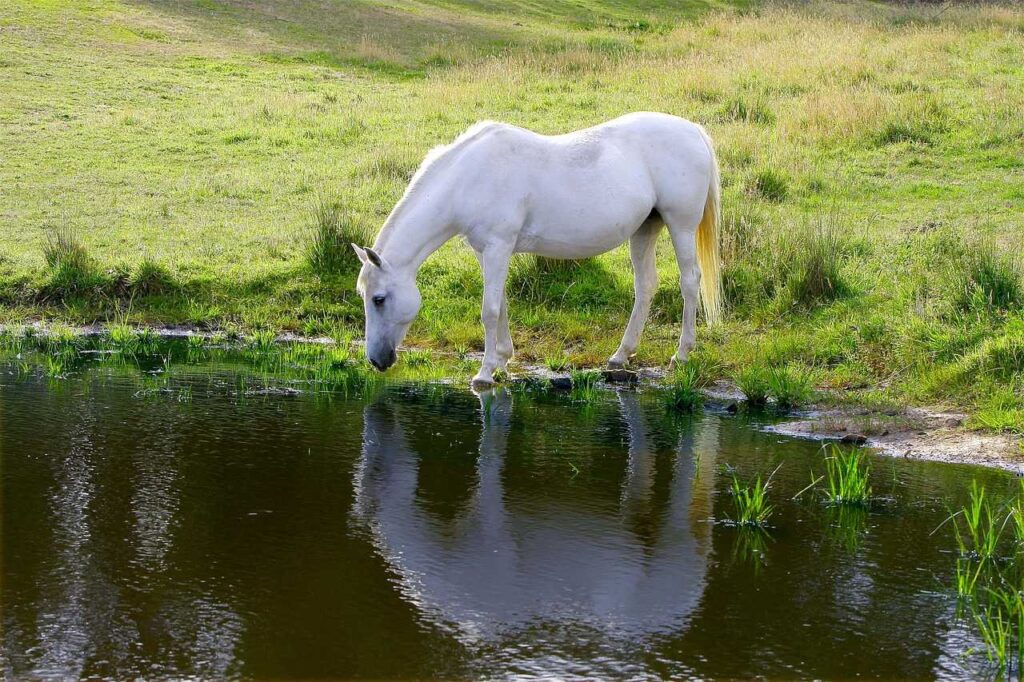 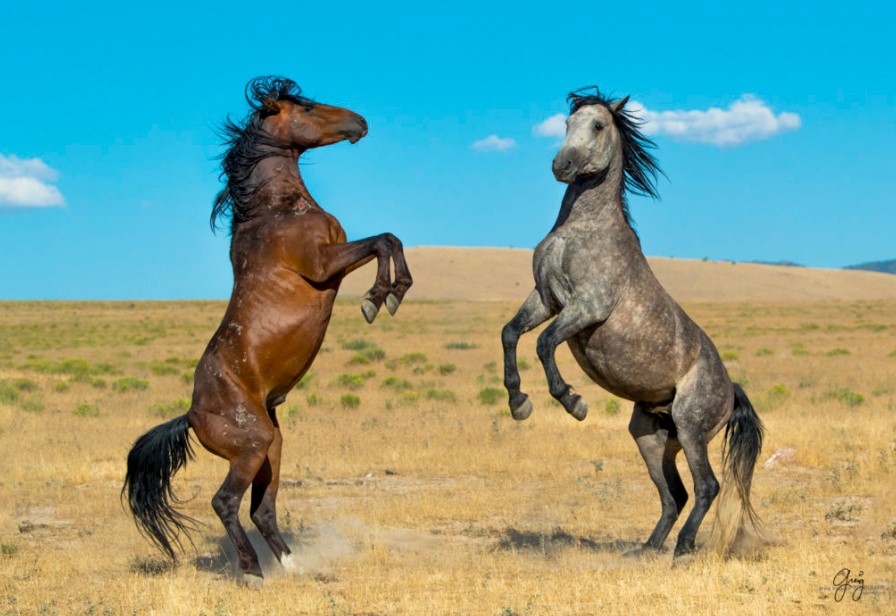 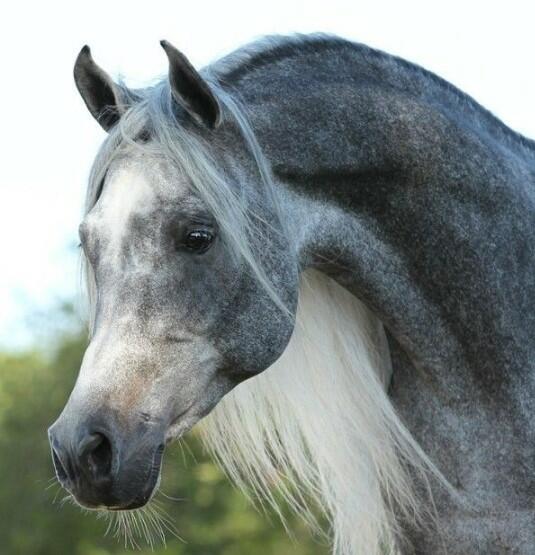