Dogs It is  one of the animals raised by some in homes and farms, and live outside the home in a place dedicated to them.Therefore you may be exposed to some health problems and some dog diseases .

And some dog diseases such as abdominal disorders such as constipation, and diarrhea, so the dog is taken to the veterinarian to diagnose the condition. There are some treatments and tips that are described when dogs get sick. 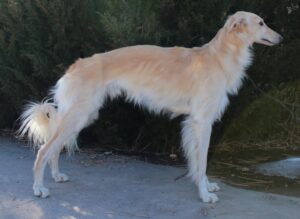 constipation it’s a most famous dogs diseases   its  When the  dogs become constipated, they behave abnormally,

They bark prematurely Constipation is treated by changing their diet by adding a little bran to their diet , Bran has a clear effect in the treatment of constipation.

The most common symptoms of dog diarrhea are vomiting, “loss of appetite”, as well as “high fever” “lethargy colic” “dehydration”and bleeding with diarrhea,To help his body overcome diarrhea, and prescribe by  medications that calm the intestines.

after that the dog gets better in two or four days.

the Lyme disease is a disease of the joints of dogs. and is responsible for this disease is the bacterium Borella. which is transmitted through the bites of the insect ticks and the most prominent symptoms of Lyme disease slow movement of the dog,because of the pain in the joints  and the dog stops eating food, and high temperature His body.

And When these symptoms occur, the veterinarian performs a thorough and comprehensive examination of the dog until the condition is diagnosed.

treating Lyme disease using antibiotics to eliminate bacteria, as well as using some anti-tick collars, spraying the dog’s body with sprays, and applying creams to get rid of tick bites.

its the most dangrous of the dogs diseases ,well The dog is infected with tapeworm, which is based in the dog’s intestines, by swallowing the dog for fleas that bite the dog’s skin,dogs feels itchy and irritated in the skin due to the presence of some worms in the anus, and the dog may lose weight because of the intrusive tapeworm on the dog’s food.

Worms are usually injected with proper treatment to kill them, No other symptoms of injection are recommended.

Cleaning the carpet on which the dog sleeps is sometimes recommended. beacause the Contaminated carpets are a major source of dogs disease.

rabies It is a serious disease and its transmitted to humans by the bite of a rabid dog.

It is a viral disease. Eleven days after being infected, a person who is bitten by a dog is treated by injecting him with rabies vaccine.

1 thought on “Dogs diseases and how to treat them”