Most people think of the Shiba Inu or Akita Inu when it comes to Japanese dog breeds, but Japan has many incredibly unique types of dogs. In this article, we’ll show you some of the other rare and wonderful Japanese dog breeds that you would be hard-pressed to see elsewhere. We’ve also got some interesting domestic destinations that dog fans can’t miss out on. Get ready to have your hearts stolen by these unbelievably adorable doggies!

The Dogs In Japan

what do you know about the Japanese dog breeds !

Since ancient times, the Japanese have had their own dog breeds. These dogs have, throughout history, been entrusted with many missions. They were outstanding hunters but also provided company to members of Japanese high society, who liked to show off with their dogs.

In this article, we invite you to discover the most famous Japanese dog breeds, as well as their characteristics and history. Most of them continue to be appreciated and loved in their country of origin as well as all over the world.

The 10 Dogs In Japan

when we talk about the dogs in Japan, it will come to your mind The Akita Inu The National Japanese Treasure. So what about the other Japanese dog breeds!

The Japanese Spitz is a small family companion with the heart of a large watchdog. These Japanese Dog breeds may look similar to American Eskimo Dogs, white Pomeranians, or small Samoyeds, but Japanese Spitzes have their own lineages and hail from, as you might guess Japan. Although the American Kennel Club does not recognize this breed, many other kennel clubs around the world accept them.

Japanese Spitz dogs are also intelligent, easy to train, low-maintenance, and great with children. They make good apartment dogs, so long as pet parents meet their exercise needs, and they have fairly low grooming needs, despite the appearance of their gorgeous, white fur.

In Japanese, Shiba Inu is translated as “bushwood“. This Japanese dog breed is more than 3,000 years old. The Shiba Inu was originally bred for hunting birds and other small games. Occasionally, he would accompany his master when hunting big game, such as deer, bear, or wild boar.

The Shiba Inu is distinguished by his strong personality and character. Very independent, he is also a Japanese dog that is very devoted and loyal to his master, whom he is ready to defend in any circumstance. Because of his character, he is not easy to train and doesn’t often obey. If he does, it is more out of affection and to please his master.

This small Japanese dog is distinguished by its specific bark, the “Shiba’s cry”, which shows his excitement. The Shiba Inu is a dog that does not require too much time, as he enjoys an excellent health and is easy to care for.

The Akita Inu is probably the most famous Japanese dog breeds in the West: the story of Hachiko waiting for years for his deceased master touched many hearts. The film based on this true story has contributed to the reputation of this Japanese dog breed.

The Akita is a long-haired dog, whose coat can be black with brown or red patches, cream or white on the belly. This Japanese dog is also distinguished by his creamy or grey undercoat.

The Akita Inu is a brave, loyal and affectionate dog. In Japan, but also in the West, he is a very popular family pet. He is a large dog that can weigh up to 50 kgs and requires careful grooming because of his double coat.

This Japanese dog was smuggled by plane into the United States after the Second World War. This quiet, independent dog is wary of strangers but is happy to share his playful, affectionate side with family and friends.

this Japanese dog has been used in some dog fights so don’t be surprised because some of these dogs are dangerous.

The Japanese Spaniel is one of the Japanese dog breeds, although experts believe that he originated from Korea or China. It was, however, the Japanese aristocracy that made this dog breed more popular, appreciated, if not venerated, among the wealthier classes of society.

The Japanese Spaniel is a small dog that does not weigh more than 5 to 6 kgs. It was customary to offer this type of dog to foreign diplomats and important personalities as a souvenir of their service in Japan.

He is an indoor dog, an adorable companion with an oriental look, which is very popular in Japan as well as in the West. He is characterized by his large head and short muzzle, his abundant mane around the neck, and his tail in the shape of a curved feather duster.

The Shikoku Inu (or sometimes called the “Shikoku Inu” or “Kochi-Ken”) is a Japanese dog breed specialized in hunting. He was once highly valued by hunters for his ability to chase game, especially wild boar.

Intelligent, enduring, alert, the Shikoku is also a docile dog, who obeys his master willingly. He weighs between 18 and 30 kgs, making him a rather large Japanese dogs.

The Shikoku has well-developed muscles, strong and well-defined bones, pointed ears and a fairly long, sickle-shaped tail. His coat is smooth and rough on the outside, providing protection from the elements, while the inside layer is soft and dense. This Japanese dog has a reddish, black, brown or sesame color coat.

The Kishu is a white Japanese dog, also called Kishu Ken. He is native to the mountainous regions of the country. He is distinguished by a plain coat, generally white or cream. He is a Japanese dog that seduces with his elegance and noble appearance.

The Kishu weighs about 20 kgs and measures 50 cm. He is a quiet dog, ideal for families and as a companion dog. He is more obedient and docile than many other Japanese dog breeds . However, he is also energetic and likes to play and exercise.

To develop all his qualities and docile character, the Kishu must be properly socialized. His kindness and intelligence allow him to adapt to the demands of family life. He can very well live in the city and in an apartment, provided he gets many opportunities to walk.

The Hokkaido looks like a Japanese husky. He is considered one of the oldest and wildest Japanese dog breeds. Athletic, brave, muscular, the Hokkaido is a guarding and hunting dog, which can also be trained as a sleigh dog. This Japanese dog is very rare outside the Land of the Rising Sun.

The Hokkaido is loyal, noble, and very enduring. He is docile, but also very lively. He generally tries to please his master. To accept strangers, the Hokkaido must be carefully socialized from a young age.

This Japanese dog breed weigh between 20 and 35 kgs. He is characterized by his long, thick hair, broad chest, and small ears. He has a double coat, with a protective outer layer. He will shed his fine, thick down during the warm season.

The Kai Ken is one of the six indigenous breeds of Japanese dog breeds . He was traditionally used to hunt various species of game in the mountains of Japan. This very intelligent and determined breed has become quite rare today. The Kai Ken is a Japanese wolfhound regarded as a dedicated and trustworthy guardian.

The Kai Ken is athletic and has a strong hunting instinct. He has been known to climb trees and swim in rivers to pursue his prey. He weighs between 10 and 20 kgs.

The Kai Ken is a Japanese dog breed with a black or red coat. The brindle coloration gives him a unique appearance. In any case, it is his coloration that allowed him, for centuries, to go unnoticed in the forests during hunting parties.

The Tosa Inu is a rare Japanese dog breed, we can say it is one of the most dangerous dogs in the world which has unfortunately been bred and selected to become Japan’s ultimate fighting dog. His origins lie in the Tosa region, where dogfighting was once an important and solemn sport. The Tosa Inu is also known as Tosa Ken, a Japanese fighting dog or Japanese Mastiff.

The Tosa Inu is a muscular, athletic, and lively Japanese dog breed, but he is also very devoted to his master. He stands out among Japanese dogs by his impressive weight, which can reach up to 100 kgs. He is therefore a massive dog, selected for his physique designed to intimidate. He is banned in many countries.

Today’s Tosa Inu can be affectionate with his family. However, he is also capable of being very aggressive towards other dogs, if he considers them to be intruders. The Tosa Inu is the largest of all Japanese dogs. He has a short, dense red, black, or brindle coat. Sometimes white markings can be seen on the chest or feet.

The narrow muzzle and lean body, like a hound, characterize Japanese terriers best of all. This Japanese dog breed was developed in the 1920s in Japan for hunting. These dogs today belong to a rare species.

Terriers from Japan are endowed with a very keen hearing and a wonderful sense of smell. Animals are unpretentious to weather conditions, but when walking in cold weather, a dog should be put on a jumpsuit. Such terriers can be kept as companions. They get along well with children and other animals.

There are a lot of colors in Japanese terriers. Short-haired dogs can be used as decorative pets, but modern terriers can still be hunted. The breed loves to be in the spotlight.

This Japanese dog breeds need active play. Strongly attached to the owner, they catch changes in his mood. Taking care of such terriers is not difficult. It is enough to clean their ears, bathe them a couple of times a year, sometimes comb their fur and wash their paws after a walk. Japanese terriers belong to those breeds that absolutely should not be given sweets since the risk of developing diabetes is high. 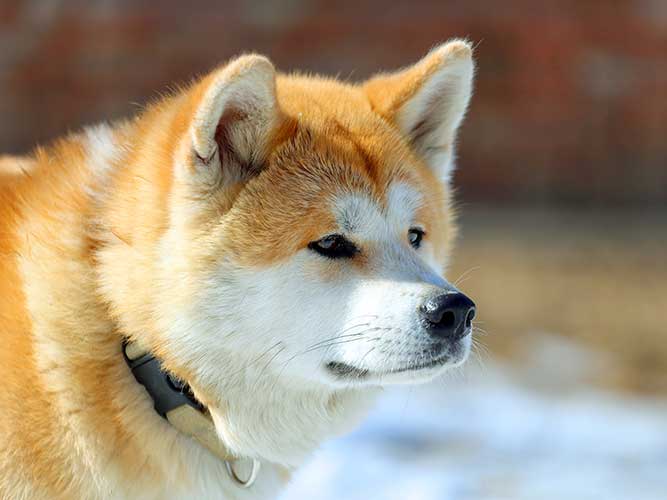 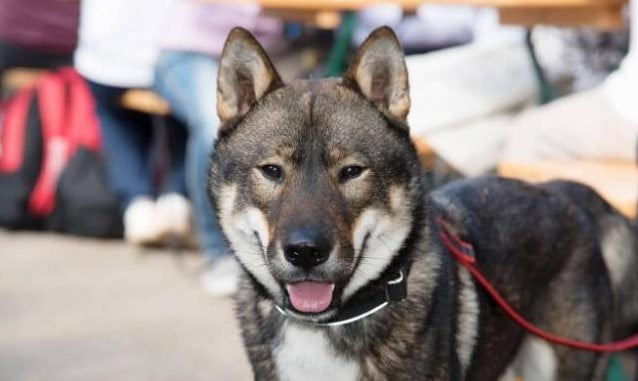