Most loyal Birds in the World

Love is in the air. we said that because there is a lot of species of birds that have a big loyalty to their partners, and if we talk about the most loyal animal in the world we can take inspiration from some of the great bird species that mate for life. Here are just a few examples of the many kinds of loyal birds wonders that fall into this category.

lets see the which is the most loyal bird in the world :

Dubbed “sea parrots” as well as “clowns of the sea,” Atlantic puffins sport large, brightly-colored beaks on their substantially-sized heads. Crisp black and white markings on their plumage, as well as superior driving capabilities, have led people to compare the northern seabirds to penguins. However, Atlantic puffins are actually not related to penguins at all. They are one of the most loyal birds in the world to their partner and in fact, small seabirds (about 25 cm, or 10 in., long) that belong to the Alcidae (auk) family.

These pigeon-sized “clowns of the sea” don’t breed until they’re between three and six years old. Once they do, however, Atlantic Puffins stick with their partners for good, returning to the same burrow each season, sharing egg-incubating and parenting duties, even performing what’s known as billing, during which the birds rub together their beaks

The California condor (Gymnogyps californianus) is a New World vulture, the largest North American land bird. It became extinct in the wild in 1987 (all remaining wild individuals were captured), but has since been reintroduced to northern Arizona and southern Utah (including the Grand Canyon area and Zion National Park),

It takes California Condors, between six and eight years to reach sexual maturity. Once the birds mate, they stay together for years if not for life. During courtship, aerial displays bring the pairs to several nest options—kind of like searching for a potential home. The female, of course, has the final say in where the birds settle down.so this is why we put it in the most loyal birds in the world.

The parakeet is a social animal that feels lonely and sad when unaccompanied. It is one of the most loyal animals that exists towards its partner. He will always need a partner to be happy in the cage and once he’s with him he won’t want to part with them. The death of a companion or partner will be terrible for the parakeet, which may suffer from severe anxiety.

It is not for nothing that the Anglo-Saxons nickname them the birds of love (lovebirds). These small domestic parrots are indeed known for the tenderness that couples show. and that is why I put it in the top of the most loyal birds in the world

The Rockhopper penguin, also known as the Fiordland crested penguin, is a crested penguin species endemic to New Zealand it considered as one of the most loyal birds in the world.
In summer, rockhopper penguins return to their birthplace to meet a suitable female and form a pair to which they will be faithful for life. Those who are already in a pair return to Antarctica at the exact point where they made their nest last time. They can be extremely aggressive if they see another specimen seducing its mate. They have a very special ritual and together, after mating, they take care of the eggs.

let”s meet Swans the symbol of love and loyalty in the animal and human world, these animals that live in pairs. They meet during the winter months when they are in heat. After seeing each other, they swim towards each other and perform certain characteristic neck movements. Once the eggs are laid, the female takes care of them, but the male replaces her frequently.
They are the most loyal bird to their breeding territory and one of the most loyal animals in the world, Swans can be aggressive with other swans and even humans if domesticated. He creates long term bonds with his partner, and even after his death, he will not seek another partner.

The Bald Eagle dwarfs most other raptors, including the Turkey Vulture and Red-tailed Hawk. It has a heavy body, large head, and long, hooked bill. In-flight, a Bald Eagle holds its broad wings flat like aboard.

Yes, it may surprise you to see the blad eagle as one of the most loyal birds because, The national symbol of the United States, bald eagles mate for life with a chosen mate and remain loyal until death. They take turns to build the nest and take care of it by providing warmth or foraging for food. The young stay in the nest for a while until they fly on their own, and this process is prolonged if the environmental conditions are very bad.

These raptors are therefore part of the monogamous species. After the courtship display, they stay together for life and remain faithful. This contract only ends in the event of death, which is logical, but also if the couple does not manage to reproduce. Like vultures, the male and the female take turns to brood and take turns looking after their young.

The Laysan albatross (Phoebastria immutabilis) is a large seabird that ranges across the North Pacific. The Northwestern Hawaiian Islands are home to 99.7% of the population. This small (for its family) gull-like albatross is the second-most common seabird in the Hawaiian Islands,

Despite its numerous movements, the albatross always returns to the same place and to the same partner when it comes time to reproduce. The bonds between males and females take years to form. Albatrosses have special rituals to choose their ideal mate, but once they choose them, their relationship is eternal.it is really loyal birds

They are united for life, and so faithful animal and loyal birds which can present 20 years of existence. Only the death of one of the partners can break the couple. When the turtledoves meet for the first time and decide to mate, the male sets out in search of the perfect place to build their nest. They will defend the latter as a team. After the laying of the two eggs, the male and the female are engaged in successively hatching them (for a fortnight). They share the task of feeding and raising the chicks. To strengthen ties or as a prelude to mating, the couple is observed cooing and kissing.

In turtledoves, a male court a female by flying loudly towards her, her wings uttering a distinct whistle. Then he bulges his chest and shakes his head then calls his female who becomes the “turtledove of his life”.

Owls are loyal birds not only during the breeding season but throughout the year they remain monogamous with their mate. Both participate in the care and feeding of young people. They are very protective, mothers often lose their lives trying to protect their offspring, even from predators that are double or triple their size.

In owls, the male takes about a year to seduce his female! Pairs form in autumn and we can observe some displays. However, courtship displays related to nesting will begin in February March. On occasion, the owl’s mating flight causes wing flapping. The song and serves to mark their nesting territory. Females and unpaired males sing much more than couples already united. The male makes offerings to the female long before the laying, always in the same places near the nest.

Black Vultures is a loyal bird Pair formation or reunion for vultures begins with courtship display. This is a “tandem flight” where the two birds fly above each other. At the time of reproduction, after this beautiful aerial display, the pair prepare the nest. Both males and females incubate the eggs, taking turns every 24 hours, and both feed their young after hatching. The black vulture is rather possessive and uncompromising when it comes to loyalty. Interestingly, if one of them ever ventured to be unfaithful, the community of black vultures would serve as a terrible correction to the offender!

Scarlet Macaws are loyal birds who mate for life…aw! Each pair usually produce between 1 and 4 eggs each year but it’s rare for more than 2 of these chicks to survive.

The whooping crane (Grus americana)is one of the most loyal bird in the world, it is the tallest North American bird, is an endangered crane species named for its whooping sound. Along with the sandhill crane, it is one of only two crane species found in North America.
the whooping crane is a loyal bird it can stay with one partner for a long time but not like other species of breeds he may change his partner for tow times in his circle of life

the list of the most loyal birds doesn’t end here, there are more species of birds that have a big loyalty to their partner.

leave a comment and tell us what is the most loyal animal in the world for you!

Read about: Top 10 of the Fastest Birds on Land 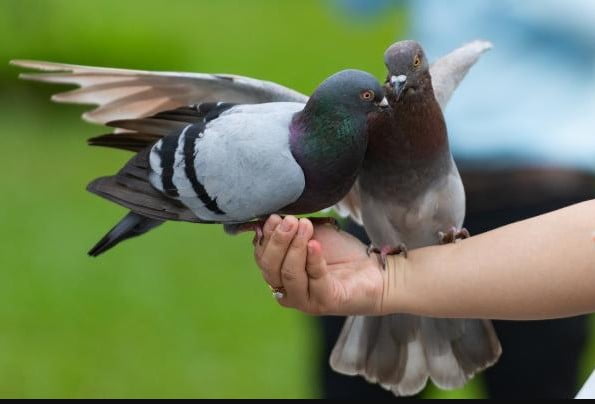 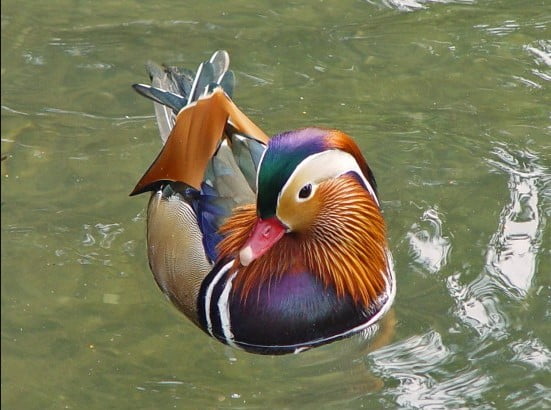 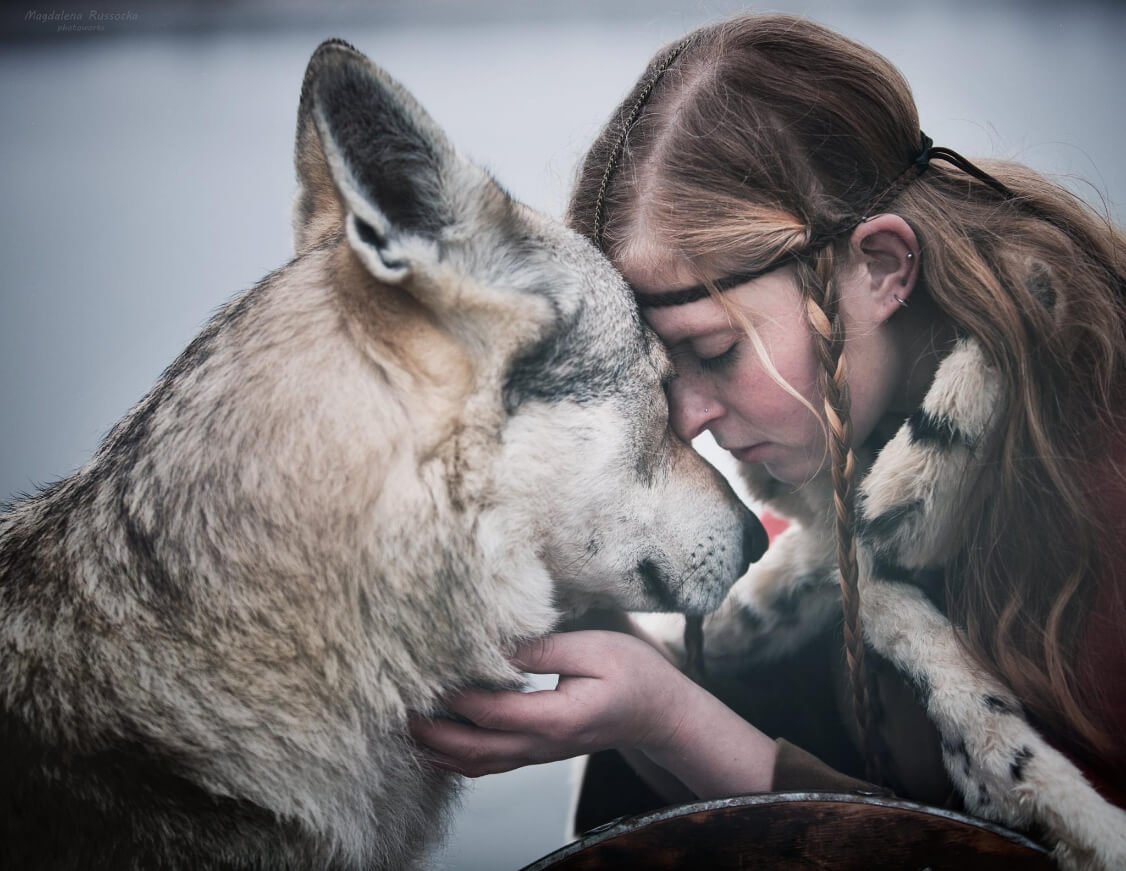